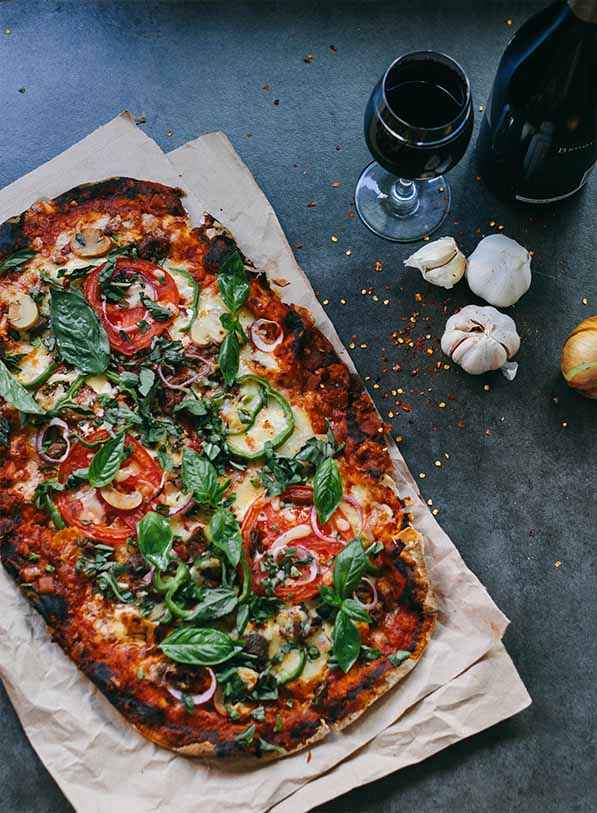 Chicago-style gourmet pizza, was, as the name suggests; created in Chicago. It is one of the best-known pizzas varieties, also known as “deep dish”. It has a crust that, at its edge, may measure three inches in height and form a bowl for ingredients such as thick tomato sauce and huge amounts of cheese.

“Stuffed” pizza is also a Chicago style favorite. Ironically, while most Chicago restaurants and pizza parlors serve a thin-crusted pizza particular to the Windy City, Chicago-style is descriptive of deep-dish pizza of this type. 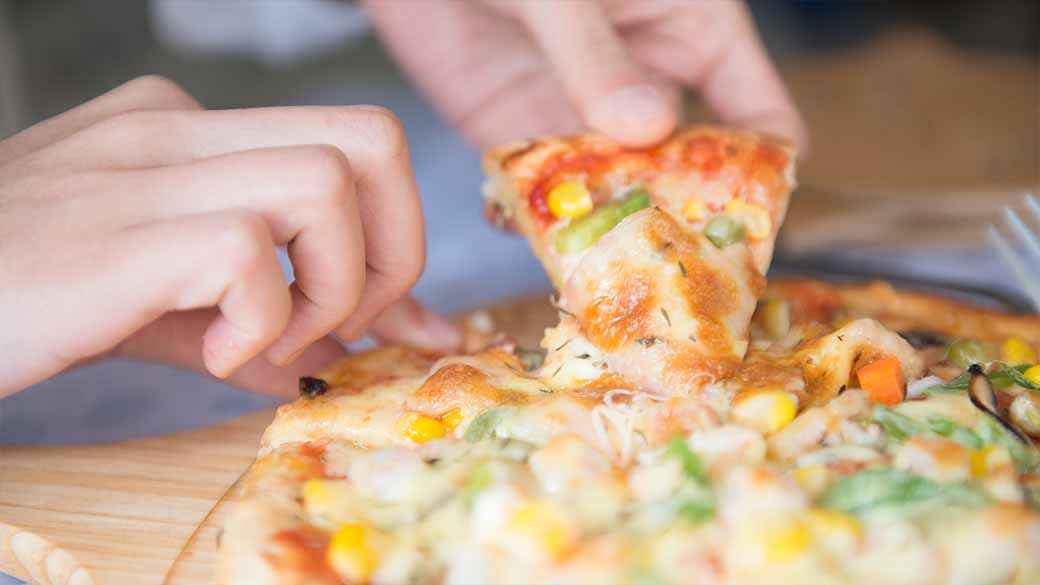 There is some debate as to who invented Chicago-style pizza. While it is generally agreed the variety was developed at the city’s Pizzeria Uno in 1943, some reports claim the founder of the restaurant, ex-University of Texas football player Ike Sewell, invented it. A Chicago Daily News report, however, indicated in 1956 that Rudy Malnati, a pizza chef at Uno, came up with the recipe.

This dish is special in that it has veered far from any Italian pizza lineage. Its thick crust would not be mistaken for traditional pizza, and the toppings tend to be on the heavy side, with a lot of cheese.

This recipe calls for dough that is thickly layered and made with cornmeal and olive oil. It is placed into a round pan that is deeply sided and partially baked before the addition of toppings to make the pie “springier.” Oil is spread into the pan to “fry” the crust somewhat. The cheese that covers the crust is usually mozzarella. Meats are then added above the crust. Ingredients such as Italian sausage, onions, bell peppers, and mushrooms are added. An uncooked sauce of pureed or shredded tomatoes is also included.

A sister restaurant to Uno, named Due, was started by Sewell down the street in 1955. Another well-known Chicago pizza restaurant, Original Gino’s, on Rush Street, opened in 1954. In 1966, Gino’s East was founded. Lou Malnati’s was also established, begun by a son of Rudy Malnati.

The stuffed pizza made its appearance in the mid-1970s. Nancy’s Pizza, begun by Rocco Palese, along with a second Chicago chain, Giordano’s Pizza. They both offered it as a twist on deep-dish pizza. Palese recalled his mother’s scarciedda, an Easter dish from Potenza, his Italian hometown, in creating his stuffed pizza. The brothers Giordano, after working as cooks for Palese, went their own way in the early 1970s. Stuffed pizza became more widely-known after Chicago Magazine published articles on the Giordano and Nancy’s creations.

Until it is sliced, or eaten for that matter, it is difficult to notice a difference between a conventional deep-dish pizza and a stuffed one. There are typically many more toppings on a stuffed pizza. Its thin dough layer, like deep dish dough, is placed in a pan with high sides. However, after toppings are added, a second dough layer is placed on top of the stuffed pizza and pressed into place.

After the second layer of dough has been added, the pizza has the appearance of a dome. A slit is usually cut into the top dough layer to let steam and air out while it bakes. More sauce is added to the top dough “lid” and the dish is baked. 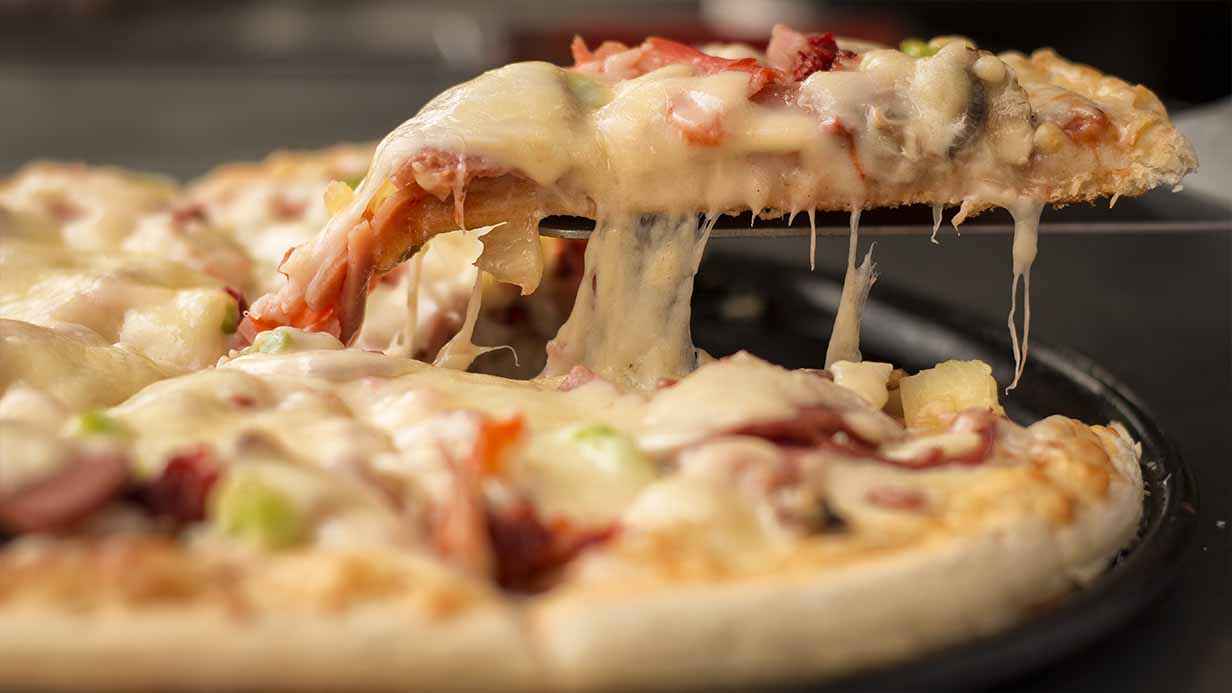 A close relative to the deep-dish style is pan pizza. Baking is also done in a pan with deep sides, but the crust is somewhere between a buttery crispness and the Italian focaccia. Cheese and other ingredients often top a pan pizza, differentiating it from stuffed or deep-dish pizzas in which toppings go under the sauce. 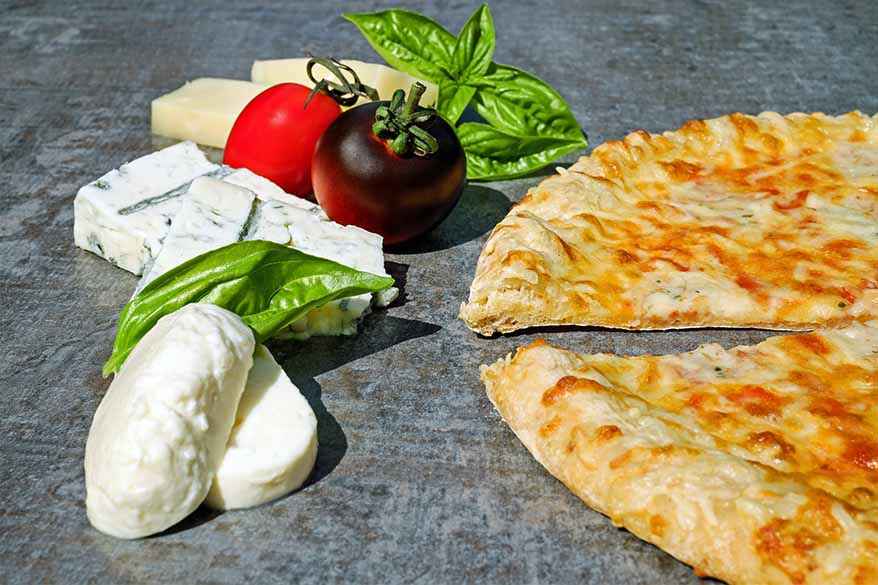 Also popular in Chicago is the city’s own thin-crust style. While pizza in the New York style has a flexible, floppy crust, Chicago thin crust is firmer, having a bit of a crunch.

Tomato sauce made the Italian way, with many herbs and spices and with no tomato chunks, typically tops the crust. Toppings are added as a second layer, then cheese, most often mozzarella.

This style of pizza is sliced into what is referred to as a “party cut,” or squares. A “pie cut” is when the pizza is divided into wedges. The crust, along with the tomato sauce makes this type of gourmet Chicago pizza much different from that sold by BC Pizza, nation-wide chains such as Pizza Hut or Papa John’s, or even from Italian and U.S. east coast pies.