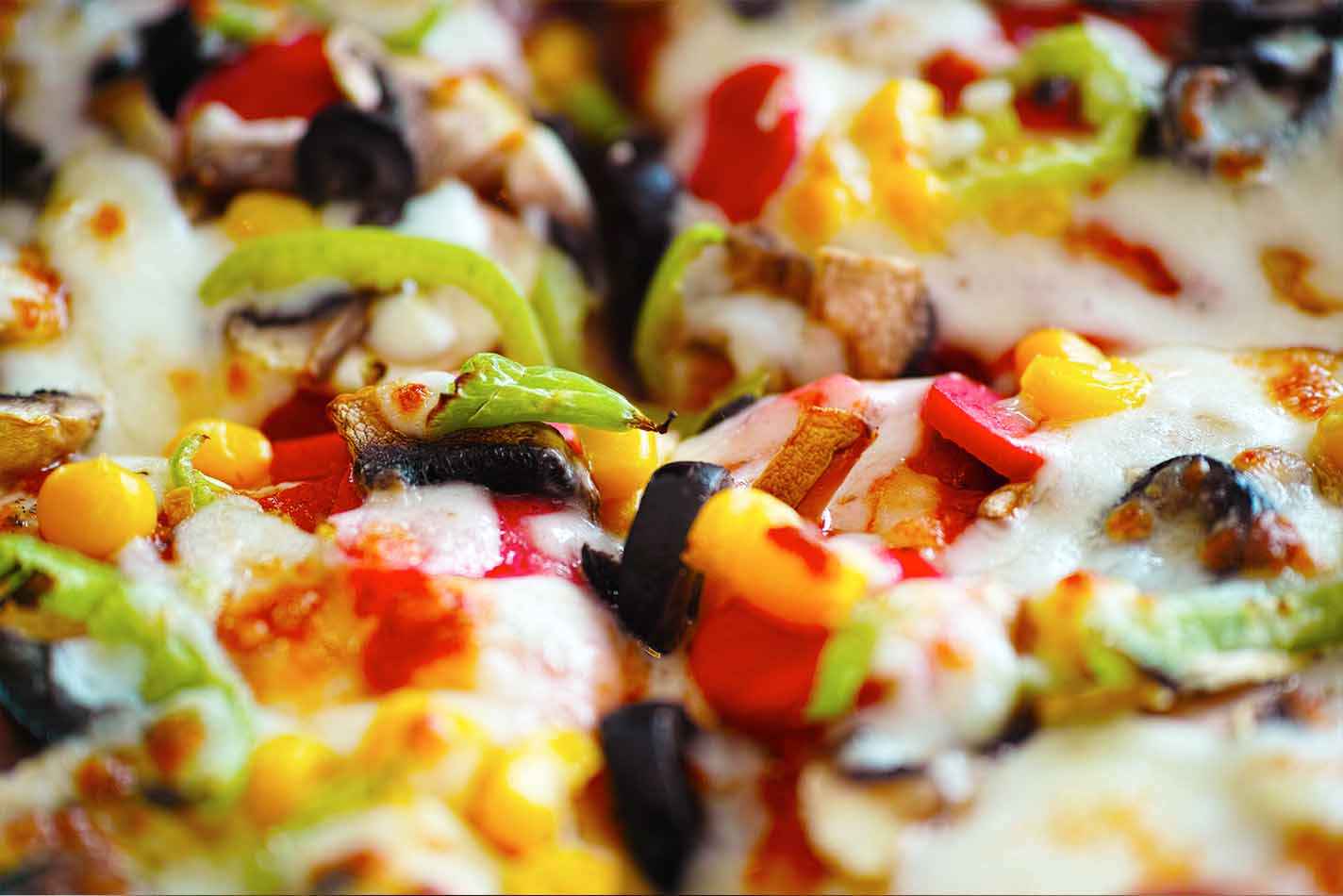 St. Louis Style pizza in Hart is characterized by a thin crust made without yeast, Provel (a processed cheese product) and its slices are square instead of the traditional wedge shape. This type of pizza is popular in St. Louis, MO and surrounding areas. Provel is the trademarked name for the fusion of three kinds of cheese – Swiss, white cheddar, and provolone – into one cheese. It is used in place of, or supplements mozzarella or provolone that is found in other varieties of pizza. Provel was introduced by Costa Grocery of St. Louis in the 1950s. It is made in Wisconsin mostly for the St. Louis area and is not widely available outside of that market.

The round crust is almost cracker-like and made without the use of yeast. St. Louis-style pizza, therefore, is less filling than New York-style pizza – which is leavened and thin-crusted – or deep-dish Chicago-style pizza. Because the crust is crisp, a St. Louis pizza cannot easily be folded, so the pizza is generally sliced into three- or four-inch squares or rectangles. Some restaurants in the St. Louis area make the pizza rectangular, also.

This style of pizza uses much more oregano than other types of pizza and is often salty. It can accommodate a variety of toppings, in spite of its thin crust. The Provel cheese gives the pie a tangy flavor. Some of the sauces used may have a sweet flavor which is probably the influence of Sicilian immigrants who populated St. Louis in the early 1900s. St. Louis pizzerias in Hart may keep their sauces simmering for extended periods to more fully develop certain sweet flavors within.

Want to try different flavors of pizza. Check out our specialty pizzas here at BC pizza today.